We are committed to producing varied and exciting repertoire for the enjoyment of both our members and audience. We are always keen to involve our members in our choice of programming, with regular polls and suggestions often leading to some of our most popular repertoire. So whether you’d like to play the Game of Thrones theme or plan a space themed concert, we’re always happy to hear about it!

Our recent concerts have included: 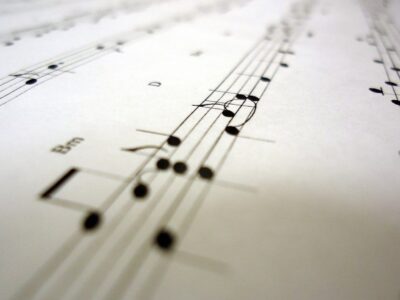 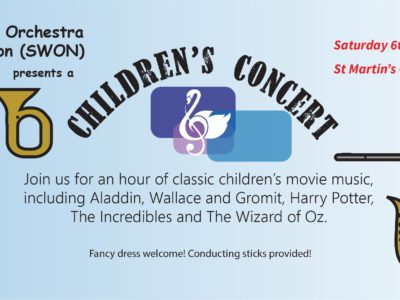 Summer 2019 – A different approach, a short afternoon interactive concert aimed at children, with a programme including music from Pirates of the Caribbean, Harry Potter, Brave, The Simpsons, The Incredibles, Wallace & Gromit, Aladdin. 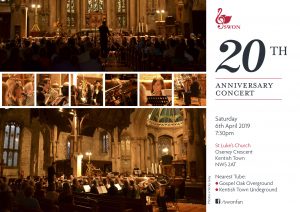 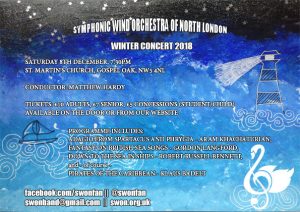 Winter 2018 – a nautical theme, including Fantasy on British Sea Songs, Pirates of the Caribbean, Adagio from Spartacus & Phrygia and Down to the Sea in Ships 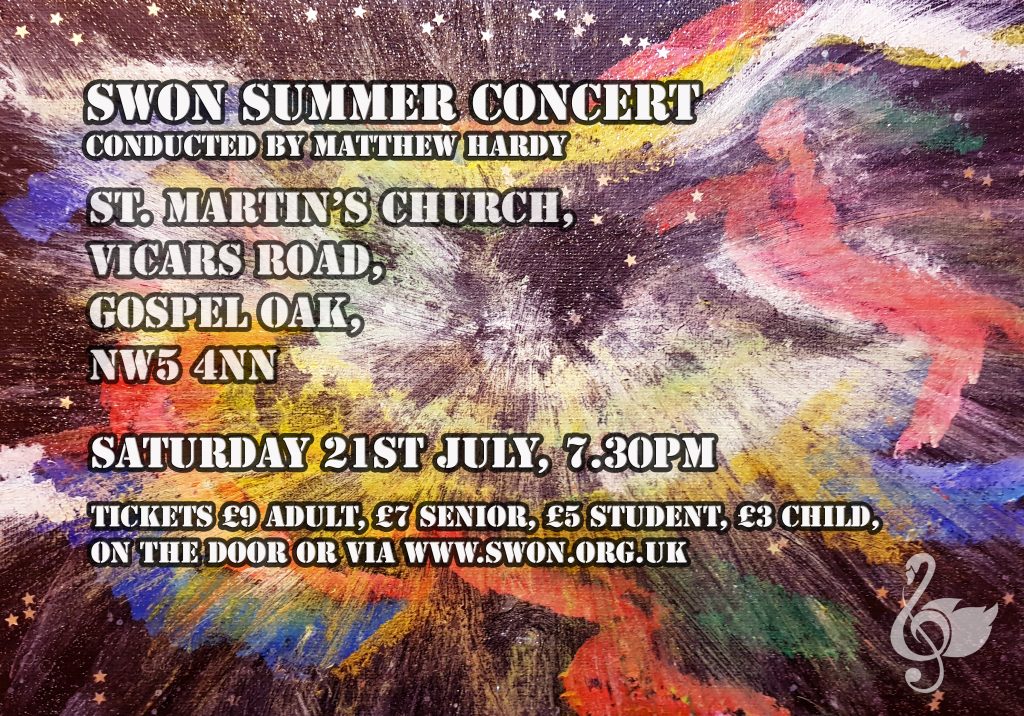 Summer 2018 – Space and Beyond, featuring Mars and Jupiter from Holst’s Planets Suite, as well as themes from Doctor Who, Star Trek and Thunderbirds 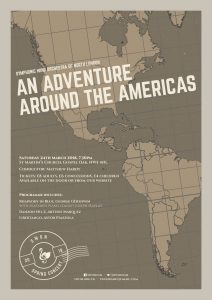 Spring 2018 – An Adventure Around the Americas, including American civil war suite The Blue and the Gray, music from Duke Ellington, modern tango Danzon No.2 and Gershwin’s Rhapsody in Blue feat. solo pianist Joseph Havlat 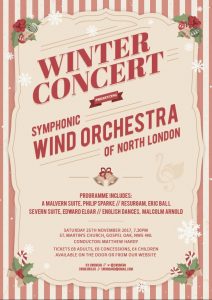 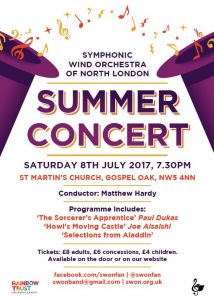 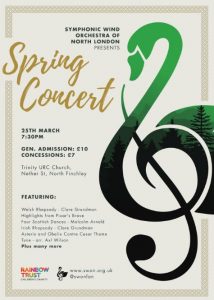 Spring 2017 – A Celtic Adventure, featuring highlight’s from Pixar’s 2012 hit ‘Brave’, the classic ‘Asterix and Obelix’ and Irish and Welsh Rhapsodies by Clare Grundman. 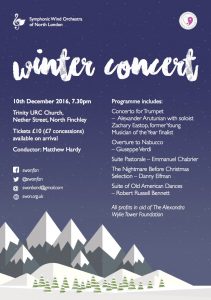 Winter 2016 – A varied selection including: Trumpet Concerto by Aritiunian performed by our guest soloist – BBC Young Musician of the Year Brass Finalist Zak Eastop, The Overture to Verdi’s Nabucco, Robert Russell Bennett’s Suite of Old American Dances, Suite Pastorale by Emmanuel Chabrier – the premiere of a new arrangement for concert band by our conductor, Matthew Hardy, and Selections from The Nightmare Before Christmas

Summer 2016 – A musical adventure through Russia, featuring the ‘Finale to Symphony No.5’ and ‘Festive Overture’ by Dimitri Shostakovitc alongside Sergei Prokofiev’s ‘Spartakiade’ and ‘In the Steppes of Central Asia’ by Alexander Borodin.

This website uses cookies to improve your experience while you navigate through the website. Out of these, the cookies that are categorized as necessary are stored on your browser as they are essential for the working of basic functionalities of the website. We also use third-party cookies that help us analyze and understand how you use this website. These cookies will be stored in your browser only with your consent. You also have the option to opt-out of these cookies. But opting out of some of these cookies may affect your browsing experience.
Necessary Always Enabled
Necessary cookies are absolutely essential for the website to function properly. This category only includes cookies that ensures basic functionalities and security features of the website. These cookies do not store any personal information.
Non-necessary
Any cookies that may not be particularly necessary for the website to function and is used specifically to collect user personal data via analytics, ads, other embedded contents are termed as non-necessary cookies. It is mandatory to procure user consent prior to running these cookies on your website.
SAVE & ACCEPT